As you all know, there has been some ‘minor’ changes in Bree. Or should one say a remaking of the entire town. Aye, it looks good but there is some stuff I am wondering about with this upgrade.

First of all: why do it in the first place?

Bree have been around since the beginning and with the expansions during the years there is a lot of problems that should have been adressed before remaking something that was not broken. One wonders if the devs reads the error threads on the official forums, that is priovided by the players, at all.

But ok, the rebuilding is done so what did we get from it?
Did they take into consideration the wishes from the community (from the official forums). No…
A few new buildings and some decorative items. Superior crafting does not have a rightful place in Bree (if you ask me) cause Bree ,when you get down to it, is a starter area and should deal in the basics and nothing more.

So, what is it with the devs and the use of NPC’s? They build a stage but put an npc that spams text and emotes in the middle of it. They put up several rows of chairs, but where a player then could stand to perform something, they have put a minstrel trainer that spams music from her lute. There are a lot of stuff like this around (not only in Bree) and its no fun.

As a sidenote I also wonder why they have added the red dots on the mini map. This is not a game for toddlers and by adding this, they have reduced the ‘worth’ all tracking skills to zero and removed some of the fun of playing. I dont like it, but I will not hold my breath until they think otherwise.

Well, that was some ranting from me. 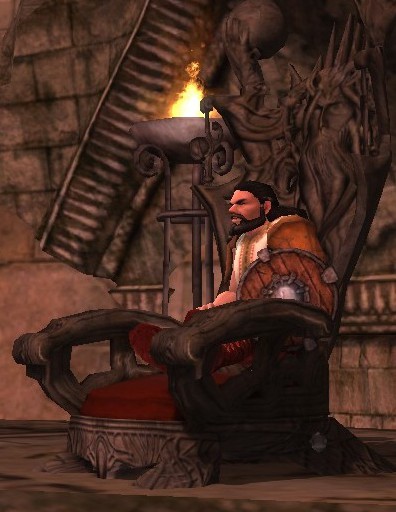